The Varzob day hike is a relaxing getaway less than one hour driving from Dushanbe. The starting point of the hike is in the village of Varzob in the southern foothills of the Pamir-Alay. From the center of Varzob, the path goes up through the valley of the Ojuk River. The Ojuk is one of the many tributaries feeding the major Varzob River. After hiking through the outskirts of the town, the trail follows the river up into the hills. Along the way, there are several bridges that need to be crossed. After 4 kilometers, the path moves into a narrow gorge with perpendicular rock walls on either side. Moving a way through the gorge, the trail finally ends at a waterfall. After a break at the waterfall, we take the same way back to reach Varzob again and return to Dushanbe.

Most of the hike is easy and non-technical. Only the last few hundred meters through the gorge are more difficult, as you have to jump several times from rock to rock across a small streamlet. The vertical ascent during this hike is limited.

Start of the hike in Varzob 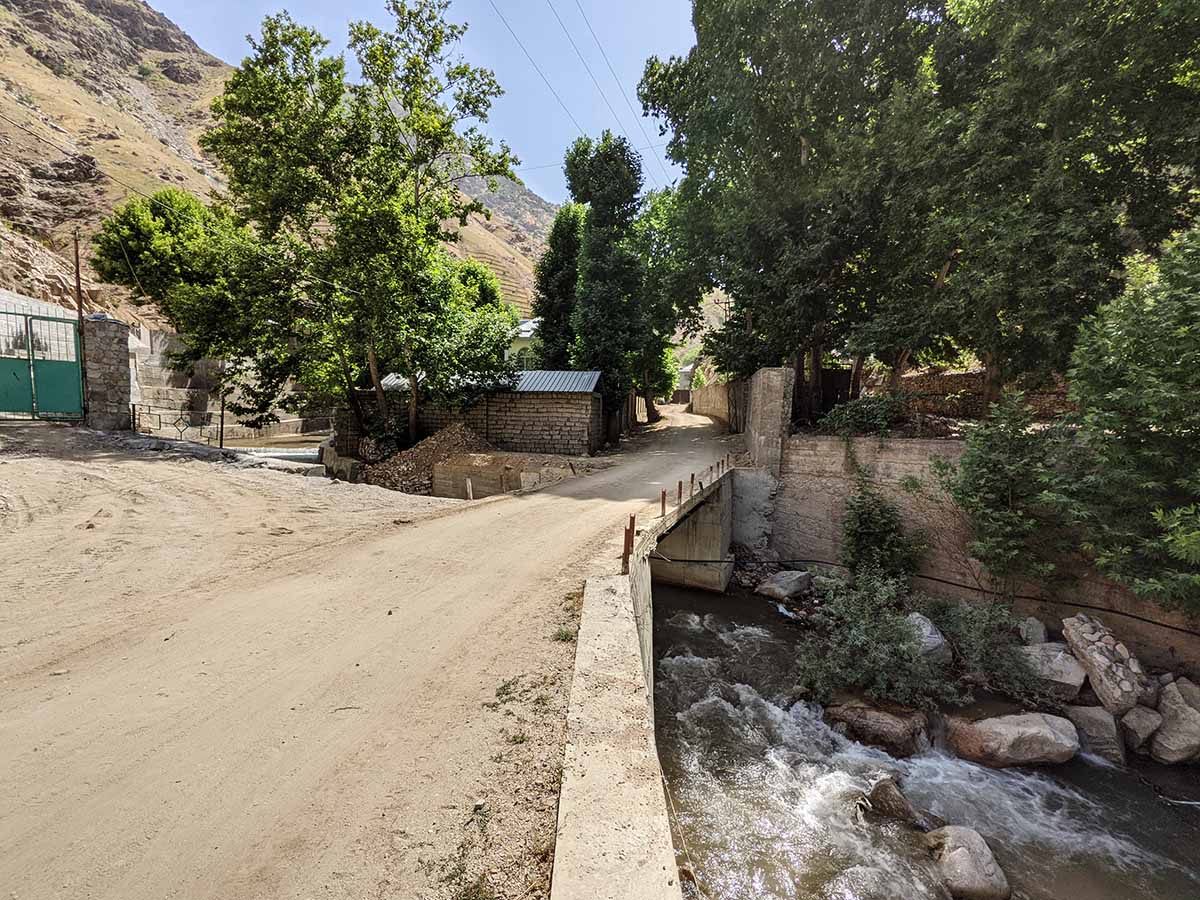 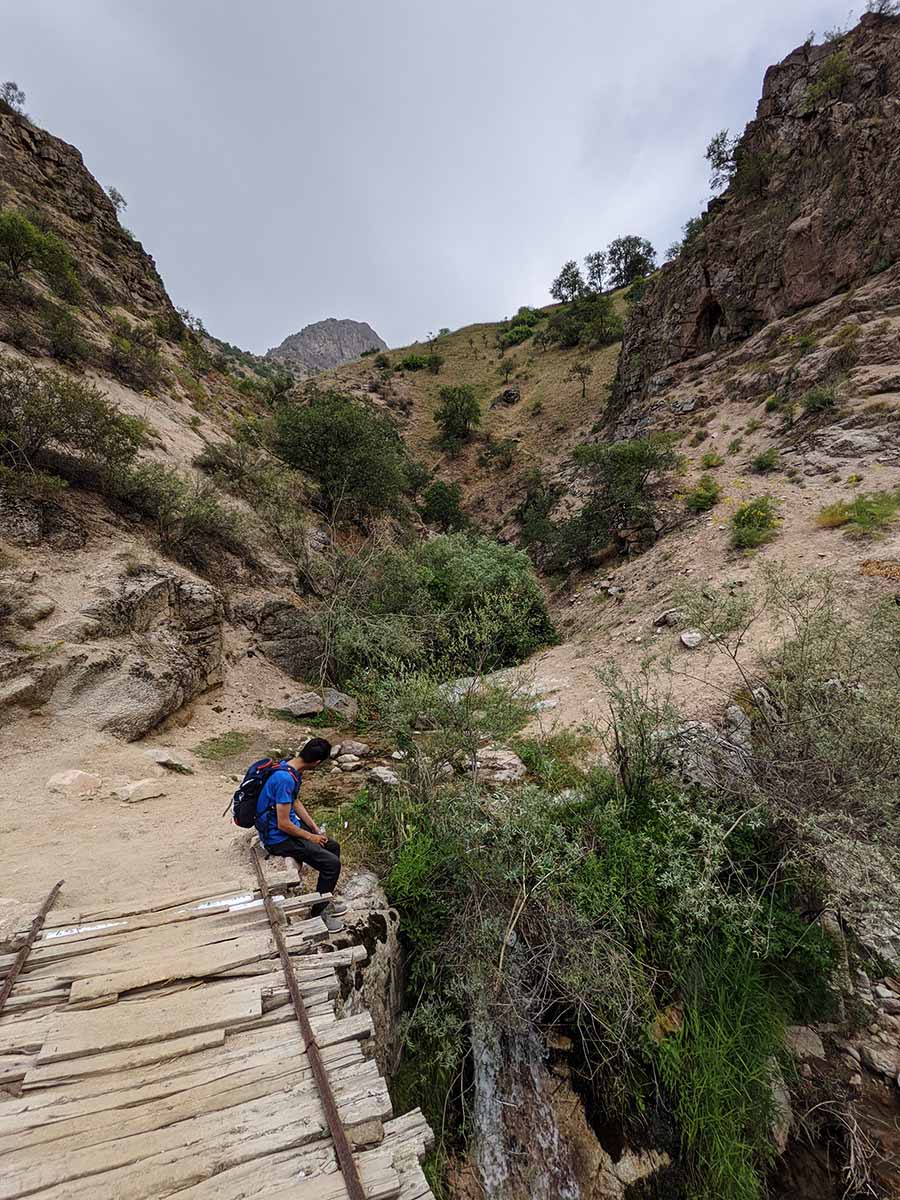 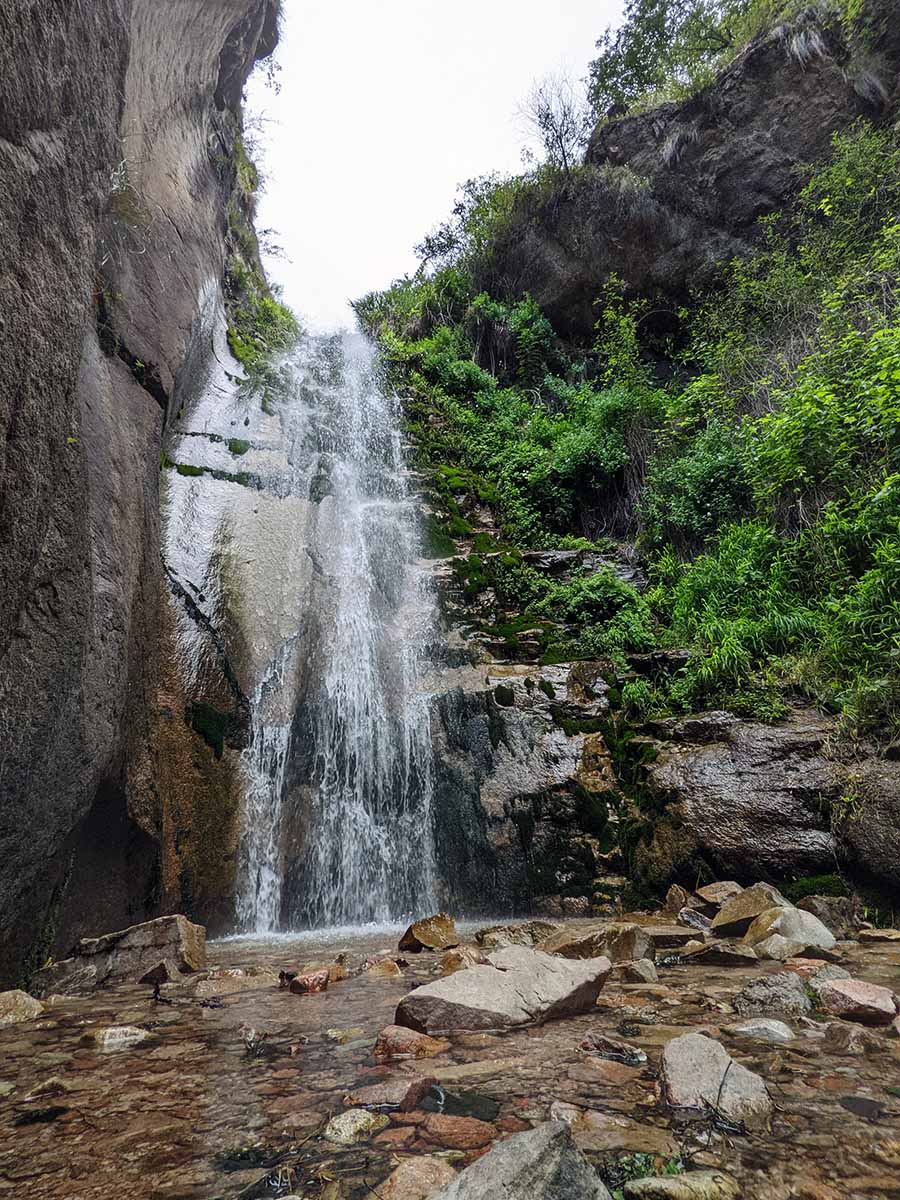 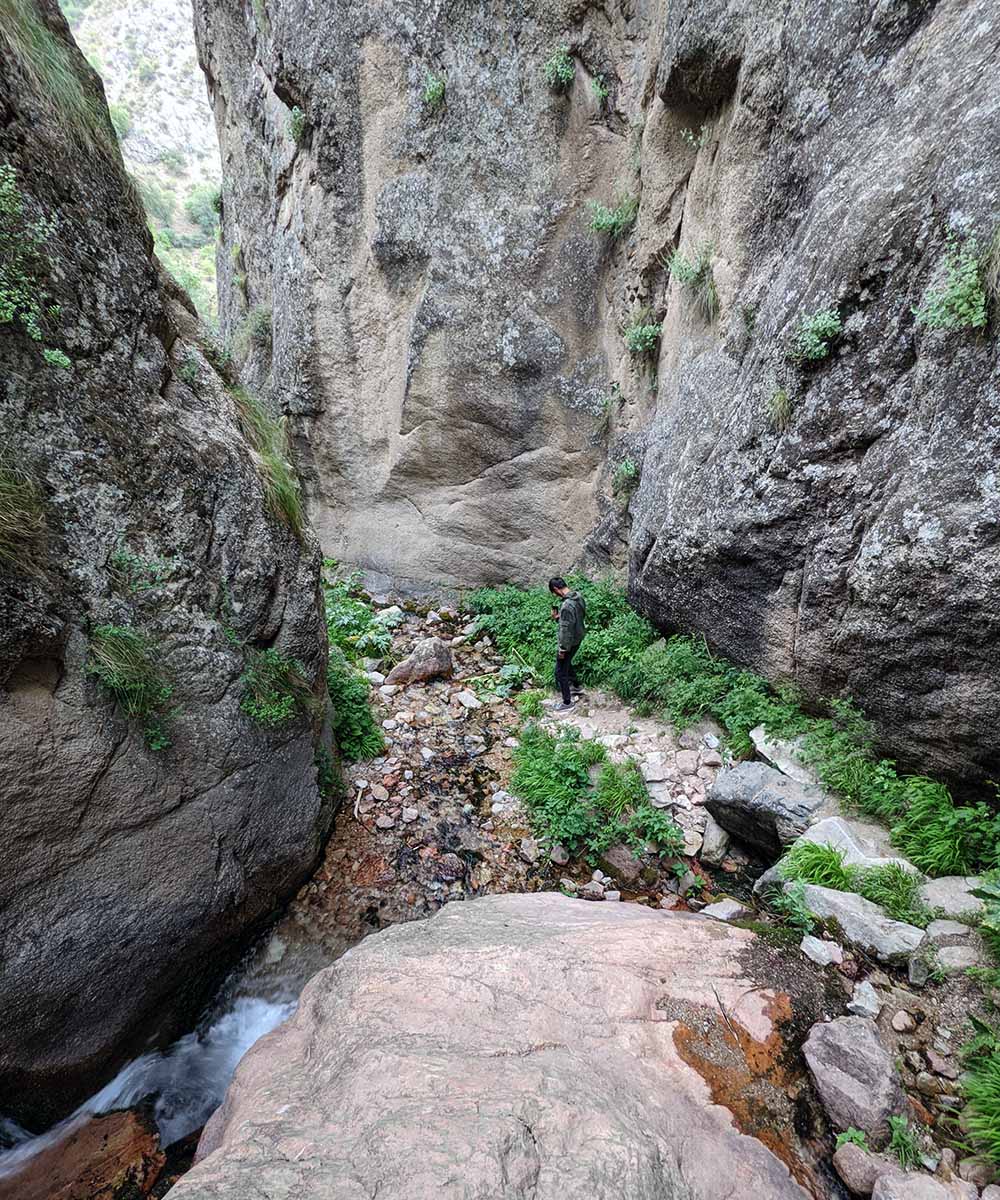 Send us a booking request!

Why Go With Us?

Traveling off the beaten tracks in unspoiled mountains. Back to nature without excess luxury.

You can pay securely online by credit card. Take advantage now of our low start-up prices.

All necessary camping equipment can be provided. Trekking accessible for everyone.

Treks are adaptable to your personal needs regarding food, pick-up/drop-offs, and your fitness level.