Norak is a small yet versatile city along the Vakhsh River in Central Tajikistan. Most importantly it is the largest powerhouse of Tajikistan owing to the huge Norak Dam right next to it – the second tallest dam in the world. Apart from this huge megastructure, Norak hosts a space monitoring center on a nearby hilltop and a military base. The city is also a popular place for locals to hang out and relax at one of the many lakes along the river. If you are in Dushanbe and have some time left, then Norak can make for a nice place to visit. 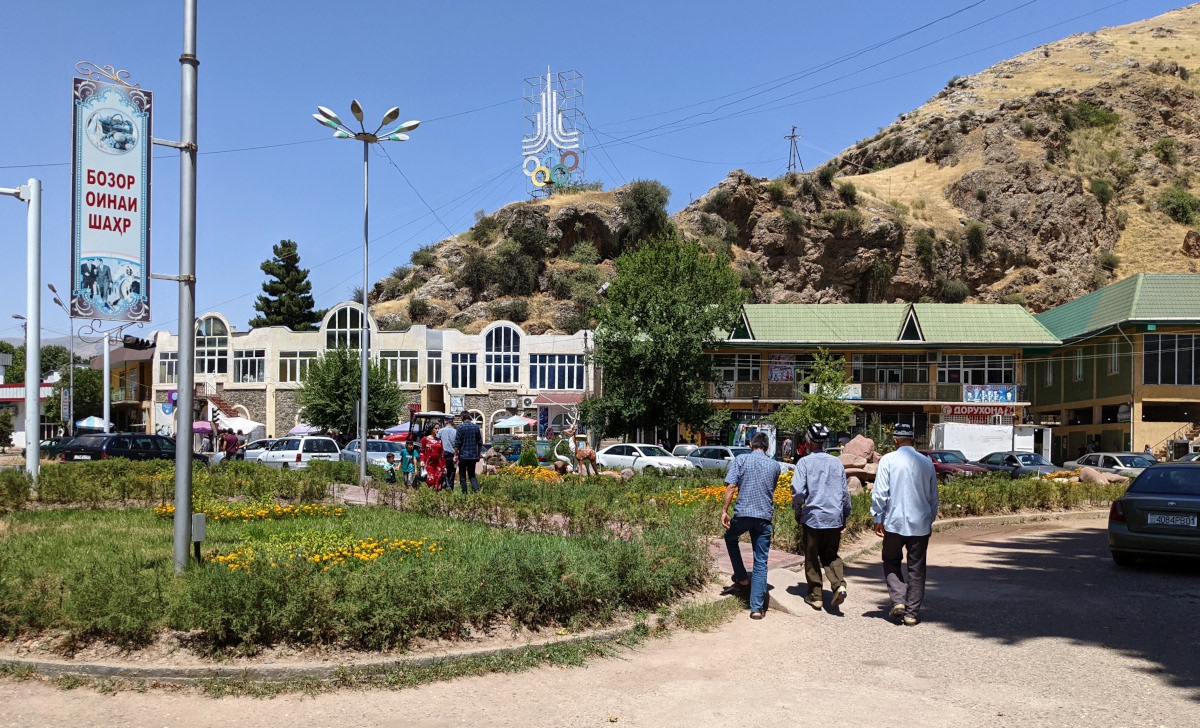 Situated on the banks of the Vakhsh River, Norak – also transliterated as Nurek – is a small city one hour driving away from Dushanbe. The city lies at the foot of a huge dam. Whereas you can find innumerable natural dams and reservoirs, the Norak Dam was constructed by man to generate electricity. In fact, the Norak Dam is one of the largest hydroelectric power stations in Tajikistan and supplies an important part of the electricity for Dushanbe and its surroundings. It is safe to say that is essential for a large part of Tajikistan's population.

The construction of the dam was accomplished in 1980. With a height of 304 meters and a width of 700 meters, the megastructure is the second tallest man-made dam in the entire world.

In autumn and winter, the amount of melt water coming from the mountains decreases and thereby also the discharge by the Vakhsh River. For that reason, the dam also plays a key role to maintain throughout the year a steady supply of water for irrigation of agricultural land in southwest Tajikistan.

Norak itself is a quiet city. There are several eating places, a small market street and some parks. From Dushanbe, Norak is a good option to escape the bustle and spend some time in a more relaxed environment. You can walk along the Vakhsh River and there are several small lakes where you can go swimming or even jet-skiing if you are looking for an adrenaline boost. Many wealthy Tajiks have built their dacha along the banks of the lakes to hang out in their free time.

The large Vakhsh River that flows through Norak allows for plentiful fishing activity. You can commonly spot fishermen along the river. Norak and the surrounding region are one the few places where you can find lots of fresh fish on the menu.

Norak is also a strategic place. There is a space monitoring station in the mountains right next to Norak. The Russian owned station is called Okno (Окно), which is Russian for window. There is still a small Russian military base and you can find many Russian people on streets. All these strategic sites are obviously not open for unwanted eyes.

How to get there

It is quite easy to go to Norak from Dushanbe. From the intersection of Nazarshoev Street and Rudaki Avenue, shared cars regularly leave directly to the center of Norak. For the return, you can take a shared car or a taxi along the main Lenin Street running through the center of the town. From here, you can go directly back to Dushanbe again.

Day hike in the mountains near Varzob

Ultimate guide to trekking in Tajikistan

PREVIOUS The Hisor Fortress
NEXT Geology of Tajikistan